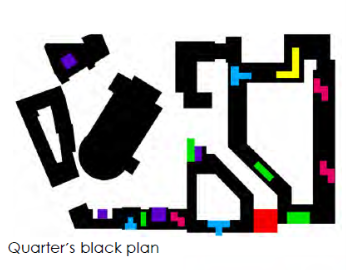 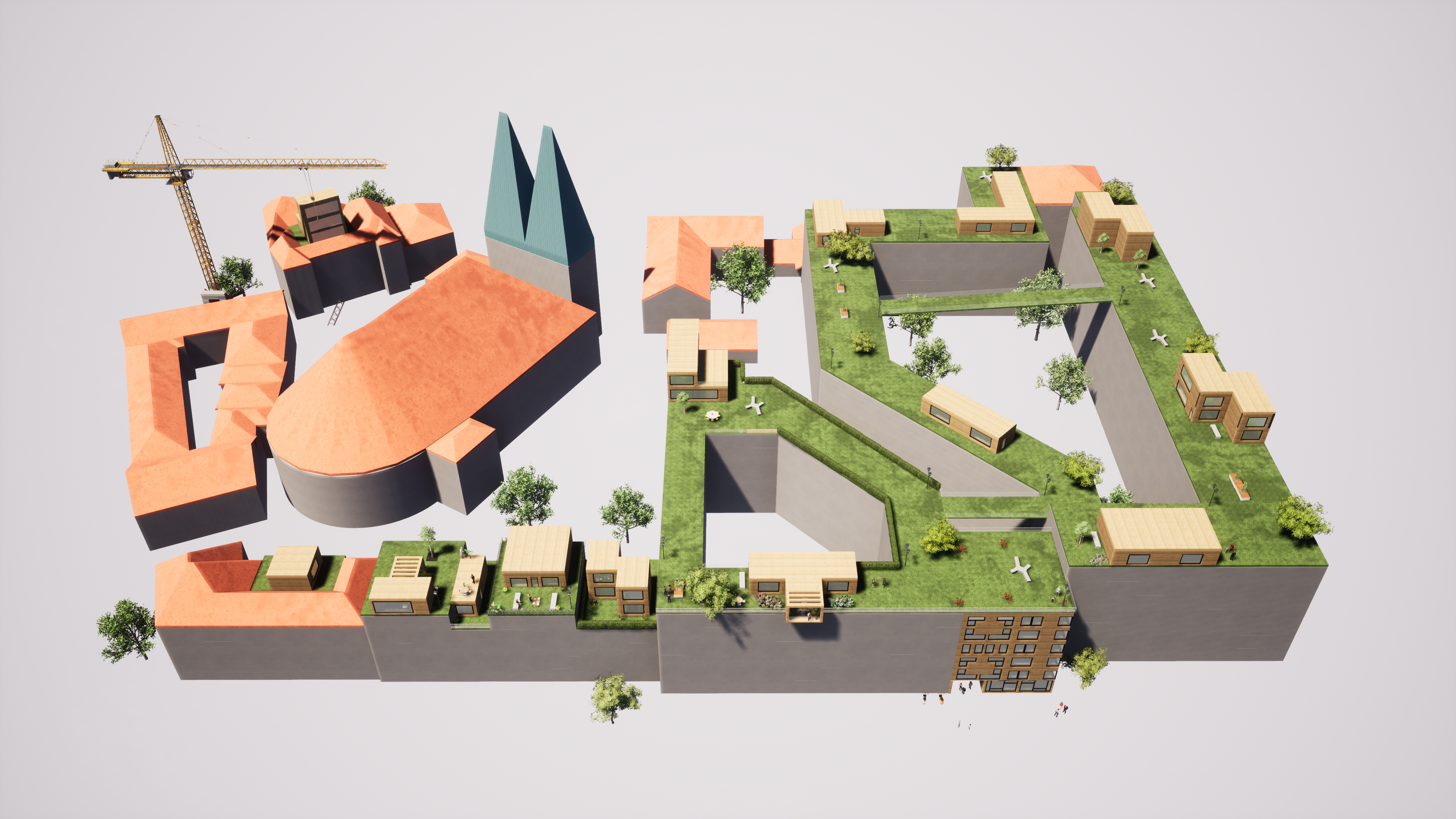 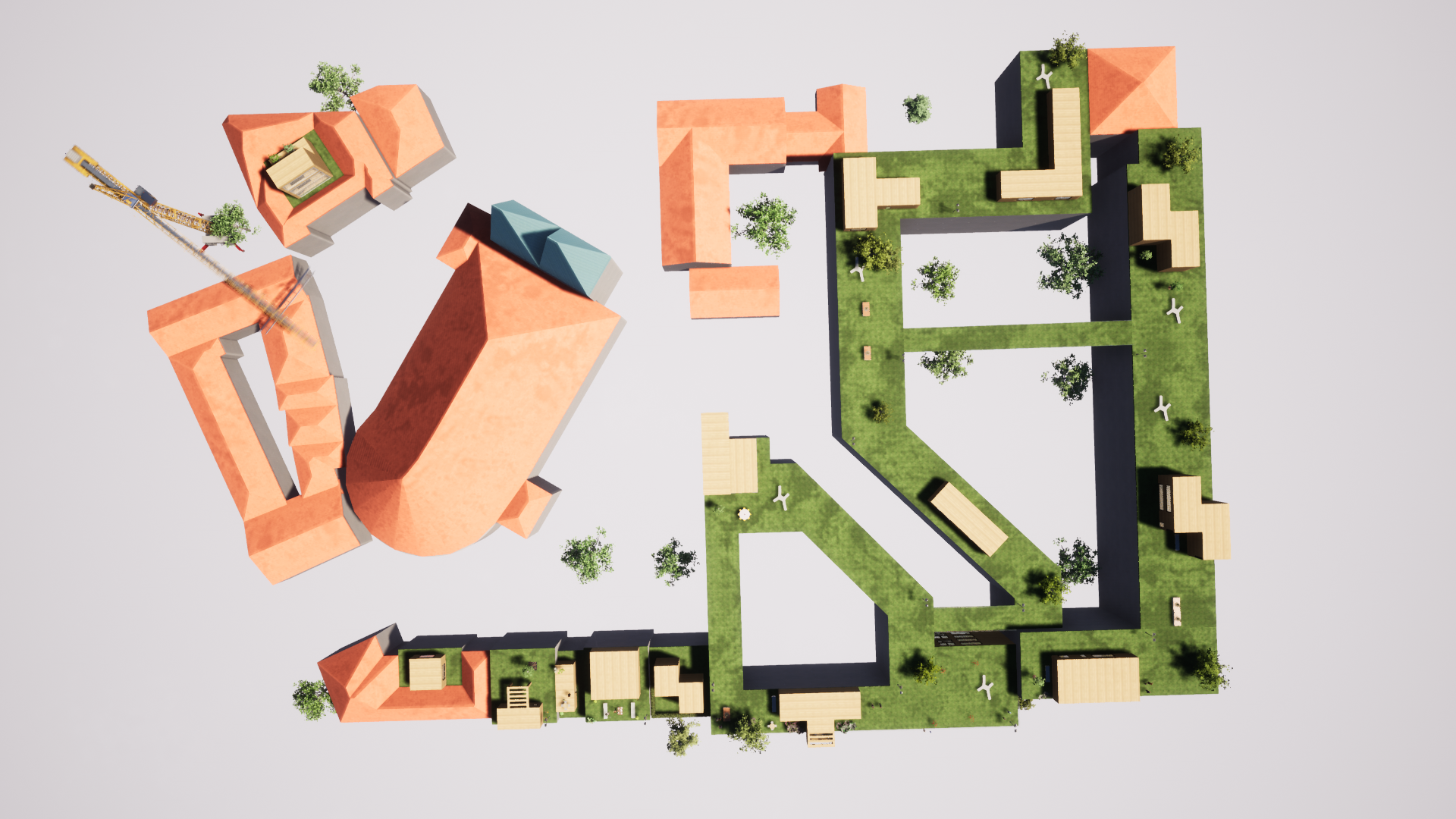 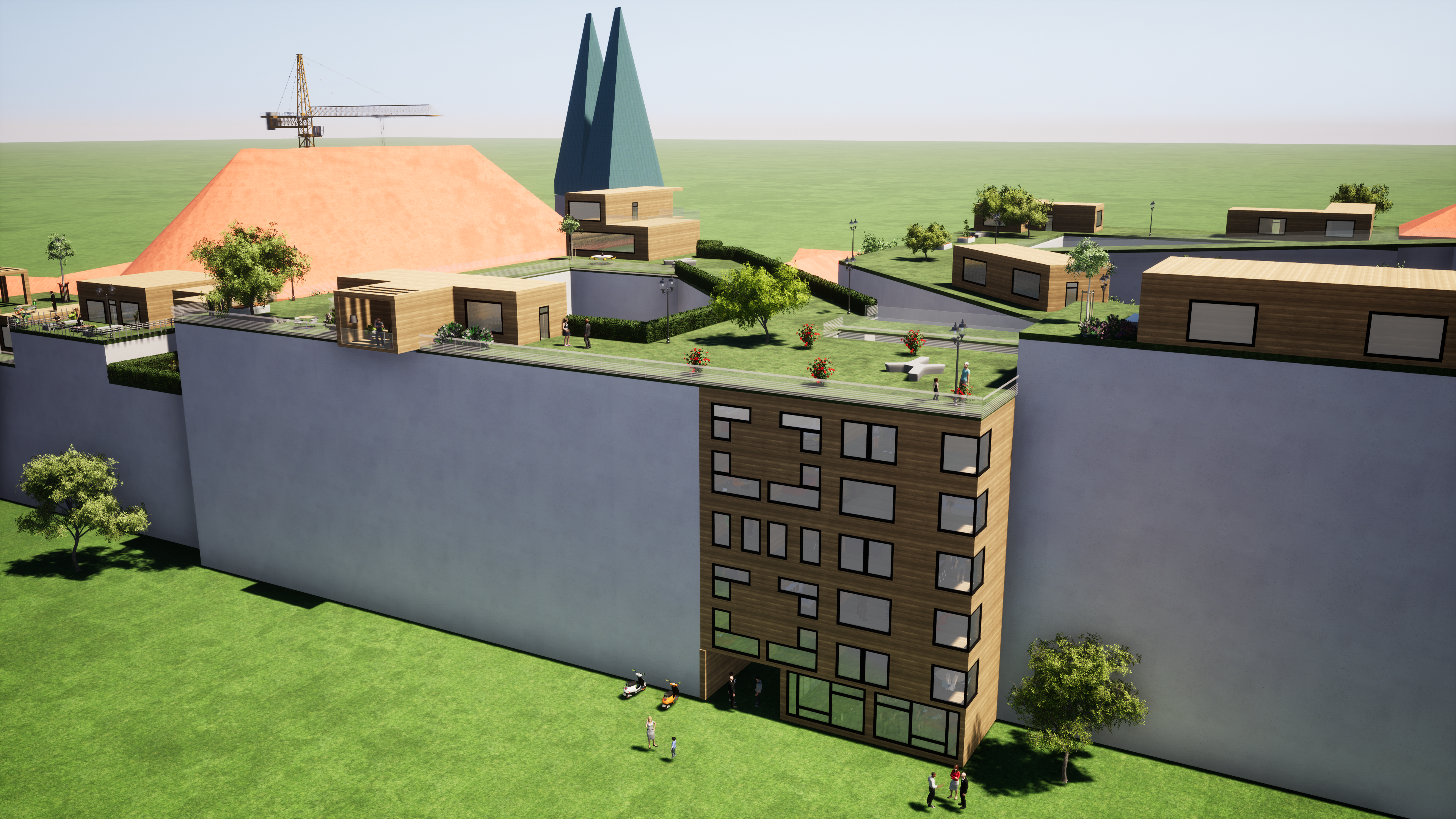 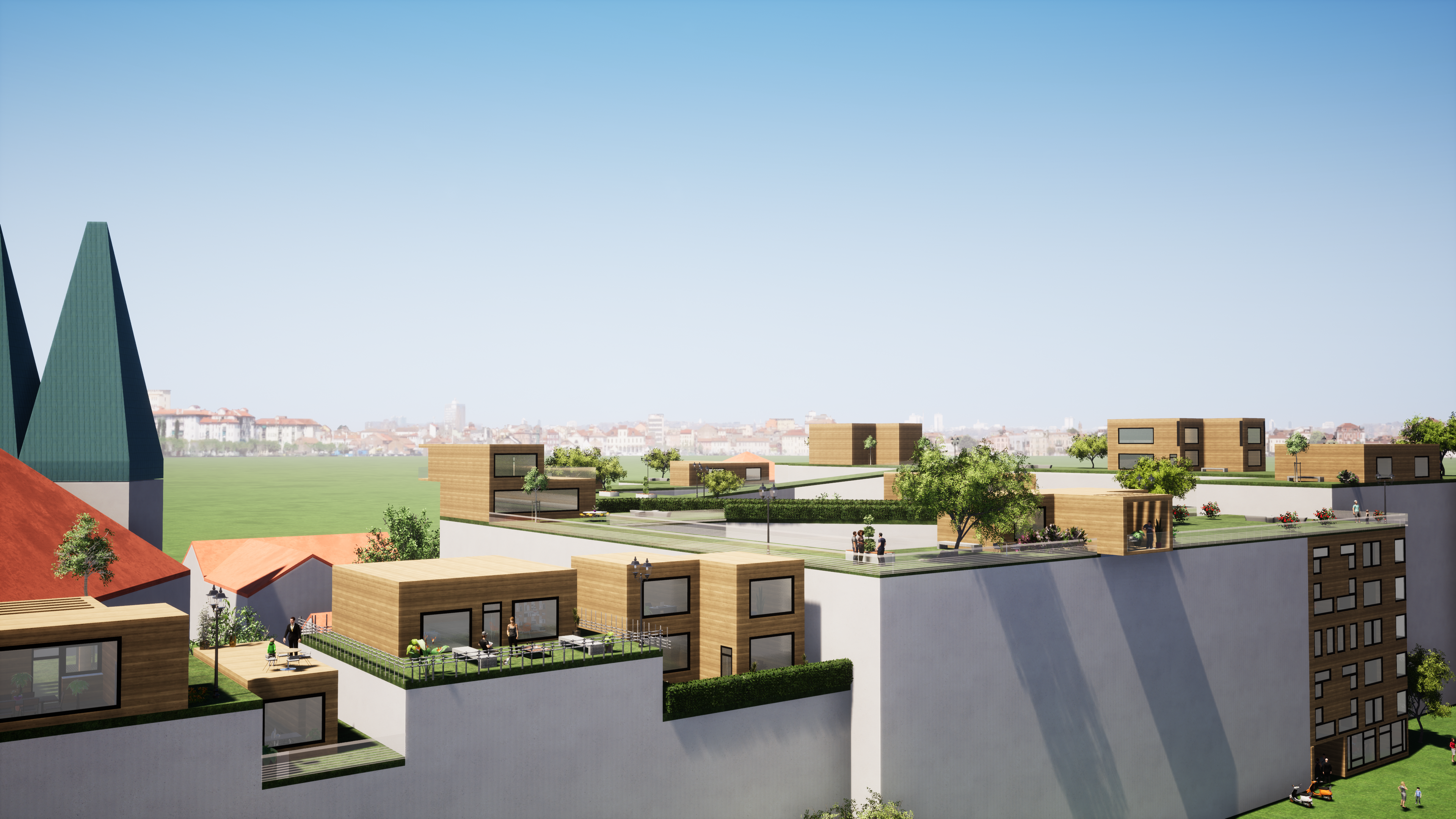 Berlin is a multicultural and modern city that is constantly changing, just like its population. The Tetris concept was designed expecially for Berlin: a flexible and modern design.

As a first step, we designed building for the gaps in Berlin, which can be adapted to fit from two to four apartments, depending on the gap.

Then we considered the limitation on space for new buildings, so we went one step further and considered making use of the existing buildings in Berlin by creating some Tetris Rooftop apartments. Each Tetris Form was designed to accomodate a certain lifestyle and budget, from one to even four rooms per apartment.

The rooftops from the buildings were turned into a big green area where people can enjoy free time activities and feel closer to nature. It also verticalizes the city and connect the buildings throughout the city on an upper level.